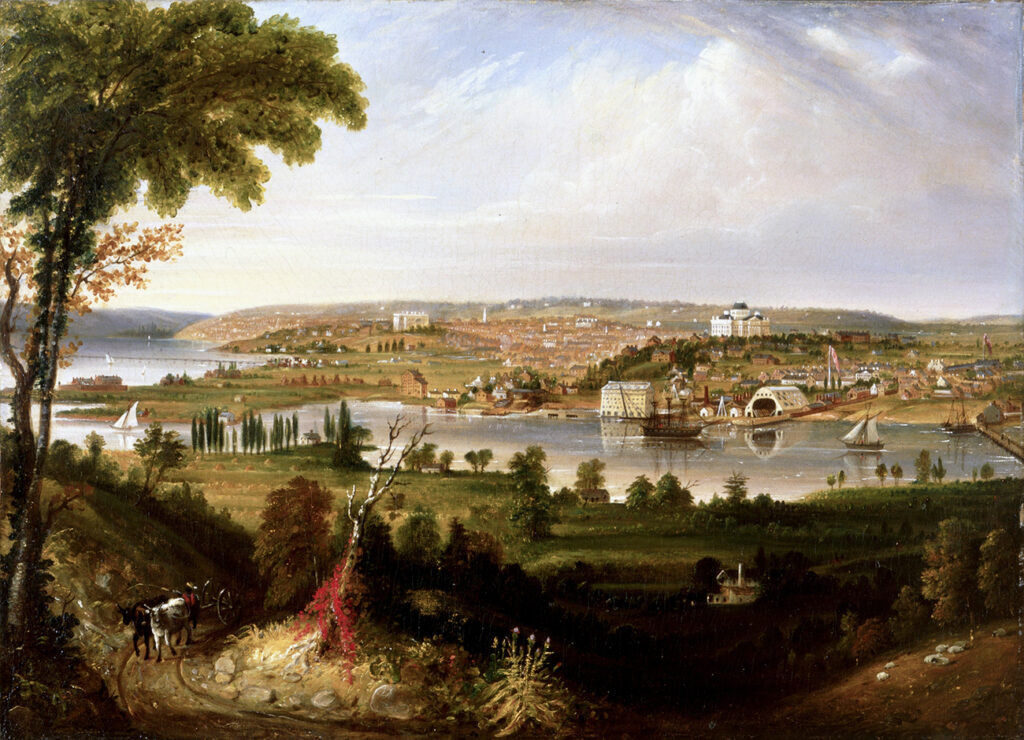 Native People and the Anacostia

Three villages existed in territory that became Washington, D.C. Even before the city was established, the native presence had been wiped out through conscious effort by settlers, and the unintentional spreading of disease to the natives.

The area around the Anacostia river was home to several native American village. According the National Park Service, “The village of Nacotchtank (from which the name Anacostia is derived) was the largest of the three American Indian villages.”  The village was located along the southeast side of the river, in what is now the Anacostia neighborhood.

According to the Park Service a second town was located on west bank of the Potomac, opposite of Theodore Roosevelt Island, and the third was in what is now DC’s Palisades neighborhood. A National Park service article about the areas native inhabitants says,

“Captain John Smith was the first European documented to have reached the navigable head of the Potomac River during his explorations in 1608. Smith’s explorations led to several subsequent contacts with American Indians, some friendly, some in outright conflict, and ultimately resulted in European take-over and settlement of the land and the virtual displacement of the local American Indians.

The American Library association notes that the capital region is surrounded by more than a dozen tribal nations that thrived “along the Anacostia and Potomac River watersheds, Chesapeake Bay area, and the states of Maryland, Virginia, and Delaware.” The association says that present day Washington D.C. “sits on the ancestral lands of the Anacostans (also documented as Nacotchtank), and over time neighboring the Piscataway and Pamunkey peoples.” The river systems of Washington, D.C. including the Anacostia River system, are places where the Piscataway, Pamunkey, the Nentego (Nanichoke), Mattaponi, Chickahominy, Monacan, and the Powhatan cultures thrived.

Even before the city was established, the Association notes remaining tribes were “forcibly removed from their homelands, pushed further to join larger tribes like those in the northern Algonquian speaking nations. Remaining tribes were [also] sold into slavery in the Caribbean Islands.” The Library Association article continues,

“According to officials at the National Museum of the American Indian, there is no living Nacotchtank lineage left. Their numbers were decimated, and survivors were adopted into the Piscataway people, losing their original identity and descendancy… Today, roughly 4,163 American Indians live in present-day Washington, D.C.”

To read the next article in the series, about how the Anacostia river became polluted, > click here < .