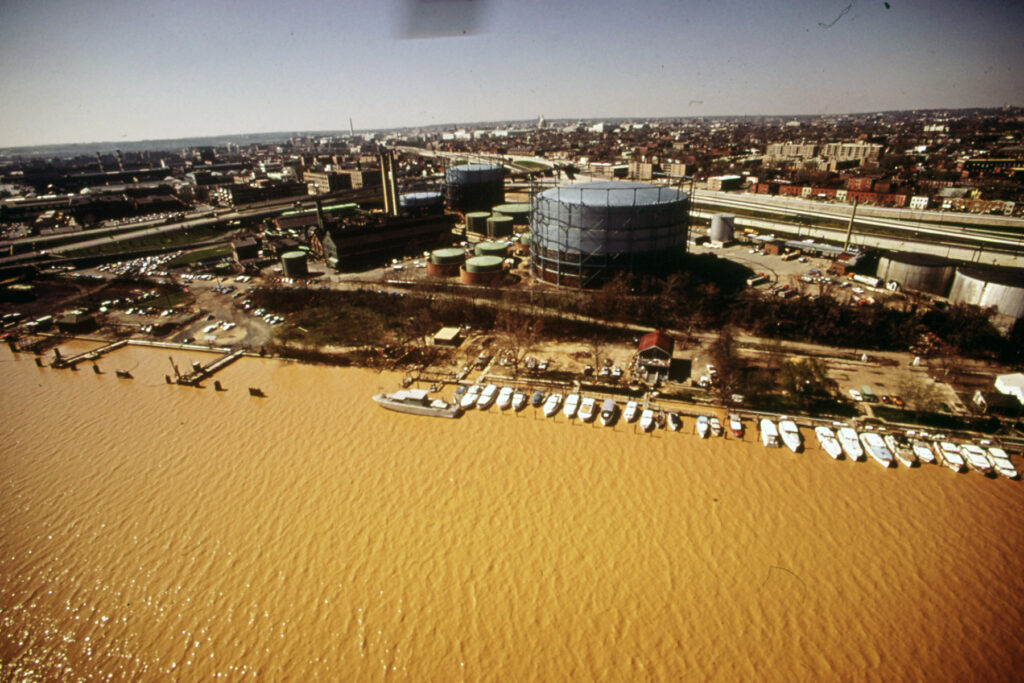 The City of Washington and the Anacostia

Over time the city of Washington, D.C. grew toward and across the Anacostia river. Over years of city expansion and militarization, the western side of the river near capitol hill became among the regions most polluted, including through use as a military base.

In 1790, Maryland and Virginia ceded land to create a new District to serve as location for the Federal government. Charles L’Enfant designed the city, including locations for the White House, and Capitol building, and a system of grand boulevards interconnected by a grid of streets. The original city stopped at what is now Florida avenue, and expanded after the civil war, and emancipation. At that time a military compound was set up in the city, and additional areas were mapped out, particularly north and west of the old city center.

The growth and industrialization of the city in the late 19th century led to unexpected problems. The District’s sewage system was designed to overflow (in case of heavy rain) into the river. With a growing percentage of land mass covered with concrete, heavy rains seep into the earth significantly less, and overflows of sewage into the river became common as the city grew. In addition to bacterial pollution of the river (from sewage), area drainages and the river itself have become encroached upon by development. With less intact riverbank footage, rains cause the river to turn brown with dirt washed into tributaries.

An additional source of pollution in the Anacostia river was the Washington Navy Yard, a shipyard and munitions plant for the U.S Navy located on the east side of the river. The site was used by the Navy since 1799, making it the oldest shore Navy facility in the nation, and at its peak – during World War II – more than 20,000 civilians worked on the base. In 1998 the yard was listed as a superfund site, but military uses of the yard leached into the adjacent river, and led to layers of toxic sediments in the bottom of the Anacostia river.

To read the next article in the series, about the ongoing cleanup of the Anacostia river, > click here < .